Showing posts from October, 2019
Show all

Welcome to "Archaeology Monday" our newest feature here on YucatanDiscovery.com! Check back every week for a new profile and photos of some of our favourite archaeological sites! Located on the Escarcega-Chetumal highway and just a couple km (west to east) from Calakmul, Balamku is an often overlooked classic period archaeological site which certainly merits a visit. Architecturally Balamkú is clearly a Petén style site, however as is the case with many sites in the most southern regions of Campeche, Rio Bec features are also easily observable. Balamku appears to have been first settled in the third century BC and seems to have been continuously inhabited until the beginning of the second millennium. Though by the 1990s much of the site had been looted a team of Mexican and French archaeologists discovered a trench which lead them to a large painted stucco frieze that had originally been art of an upper facade. This stunning frieze depicts four “ascension scenes” which
1 comment
Read more 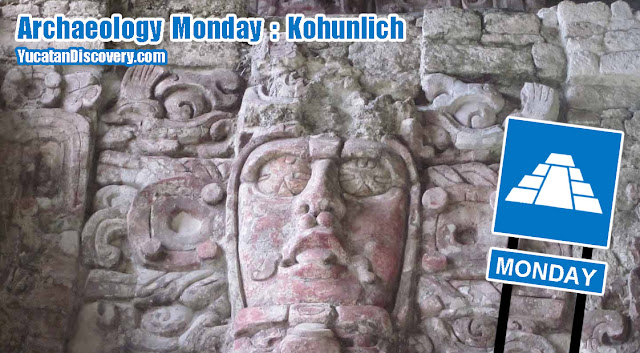 Welcome to "Archaeology Monday" our newest feature here on YucatanDiscovery.com! Check back every week for a new profile and photos of some of our favourite archaeological sites! Archaeology Monday: Kohunlich Located in the state of Quintana Roo about 65 km west of the capital city of Chetumal, Kohunlich a large archaeological site first inhabited in the second century BC but which saw most of its monumental construction from the third to fifth centuries AD. One of the first things one notices upon approaching the ancient city is the thick vegetation and abundance of exotic looking palms known as "Cohune Palms" which dominate much of the landscape. Oddly enough the name Kohunlich is not actually Mayan, but rather a variation on the same it was originally given by inhabitants of the area which was “Cohun Ridge”. The original name of the city remains unknown. The city features several large plazas, each complete with several pyramidal structures and ceremon
Post a Comment
Read more
More posts