- October 28, 2019
Welcome to "Archaeology Monday" our newest feature here on YucatanDiscovery.com! Check back every week for a new profile and photos of some of our favourite archaeological sites!

Located on the Escarcega-Chetumal highway and just a couple km (west to east) from Calakmul, Balamku is an often overlooked classic period archaeological site which certainly merits a visit. Architecturally Balamkú is clearly a Petén style site, however as is the case with many sites in the most southern regions of Campeche, Rio Bec features are also easily observable. Balamku appears to have been first settled in the third century BC and seems to have been continuously inhabited until the beginning of the second millennium. Though by the 1990s much of the site had been looted a team of Mexican and French archaeologists discovered a trench which lead them to a large painted stucco frieze that had originally been art of an upper facade. This stunning frieze depicts four “ascension scenes” which are alternated by representations of a jaguar. These “scenes” present anthropomorphic amphibious animals (frogs and crocodiles) perched upon masks of the “earth monster” which then give way to the figure of human kings upon their thrones. The meaning of such a scenes is believed to represent a cycle of dynastic ascension, as the figures from which the kings ultimately emerge are representations (the earth monster) which often iconographically represents cycles of birth and death through the metaphor of the rising and setting sun.

The general layout of the ceremonial center is broken up amongst two groups, known ad the central (larger) and southern (smaller) group. Both of these include pyramids and what were likely a residential units for nobles. Given its architecture and proximity to Calakmul it is reasonable to assume that Balamku held the status of a vassal kingdom, though it may have also been governed directly by Calakmul, especially during times of war (which was often) with the other great competing power of the region, Tikal. .

Balamku is only one of the many amazing sites such as Chicanna, Becan, Xpujil, Edzna, Dzibanche.and many more which we will be visiting on our Southern Campeche & Quintana Roo Archaeology & Wild-Life Experience (Feb 20th to the 25th, 2020). Space is still available but it is filling up fast! For more information email Carlos at carlos.rosado@yucatandiscovery.com 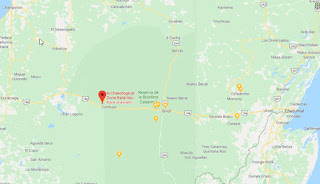 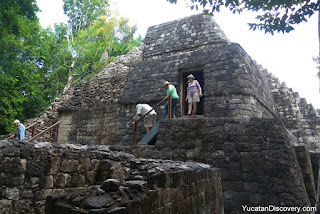 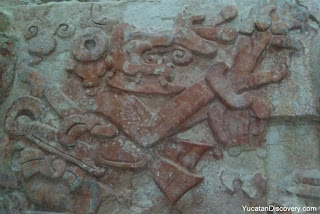 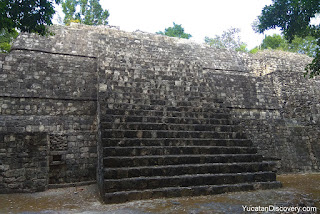 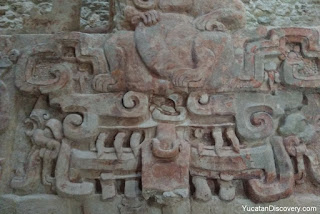 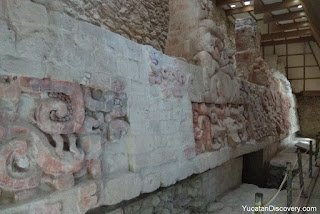 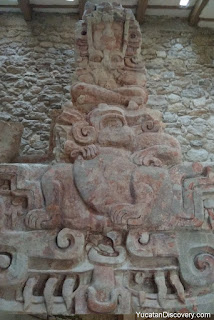