- December 03, 2019
Welcome to "Archeology Monday" our newest feature here on YucatanDiscovery.com Check back every week for a new profile and photos of some of our favourite archaeological sites!

One of the first things you notice when you arrive in Dzibanche (at least this has been true in the past) is an almost absolute lack of other visitors. Given the splendor of the site and its proximity to tourist attractions such as Bacalar and the state capital of Chetumal, the site is for some reason largely ignored by virtually all holiday makers. Dzibanche which in Maya means "writing on wood" was a large city and likely early capital of the famous Kan dynasty which ruled over Calakmul. Some researchers even claim that Dzibanche features the most ancient use of the hieroglyphic Kaan dynasty family emblem. Excavation at the site have also uncovered a hieroglyphic stairway which depict reliefs of bound captives supposedly captured by lord Yuknoon Ch´een the first. Though Dzibanche is generally considered a Peten style archaeological site, some of the structured erected late in its chronology are clearly heavily influenced by the Teotihuacan styele known as talud-tablero. This is for example the case with the largest structure found at the syte known as the Comoranes Pyramid build in the 5th century and which is decorated with friezes sculpted from stucco and painted red. This structure is actually a funerary pyramid constructed for the king known as Sky Witness of the Kan dynasty.

Aside from archeology Dzibanche is also a great place to visit to spot wildlife given the fact that it receives so few visitors. If you arrive early you are likely to see both howler and and spider monkeys as a well as a great variety of interesting birds such as owls and toucanets.

Dzibanche is only one of the many amazing sites such as Chicanna, Becan, Balamku, Chicanna.and many more which we will be visiting on our Southern Campeche & Quintana Roo Archeology & Wild-Life Experience (Feb 20th to the 25th, 2020). Space is still available but it is filling up fast! For more information email Carlos at carlos.rosado@yucatandiscovery.com

Check out our gallery: 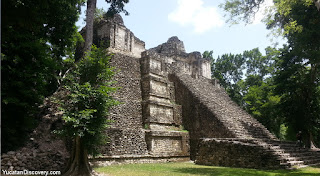 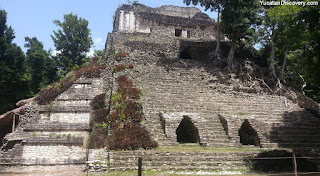 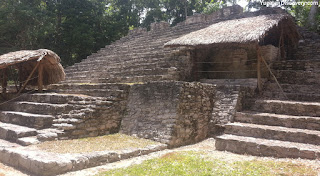 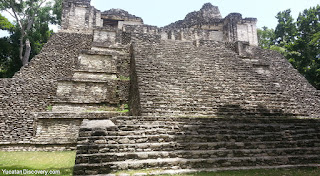 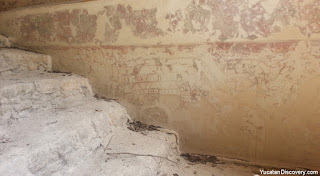 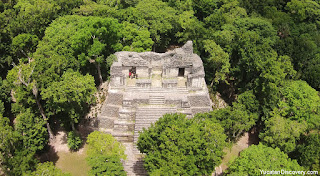 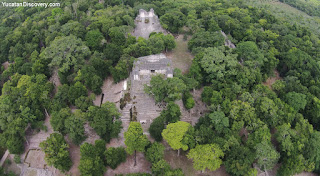 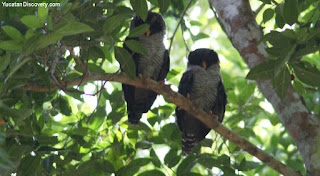 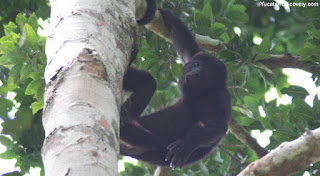 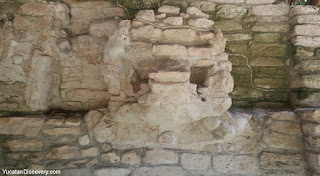 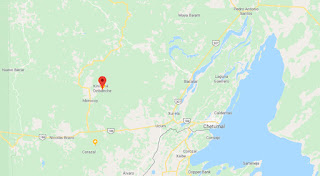