Located about 45 kmfrom of Xpujil, to the very south of the state of Campeche and just a few kilometers lay the ruins of El Hormiguero (meaning ant hill in spanish) whose original name I believe has been lost to history. Due to its isolated location this site is seldom visited by tourists, which is a shame as it boasts some really impressive structures and is particularly good for spotting wild-life. Although at one time an eco-archaeological camp seems to have been set up for visitors, by the time I visited in 2018 with my good friend Zane, the camps seemed long abandoned. The road to access the site was fairly rough, though as we visited before the rainy season it was still fairly accessible. That being said there was very little in the way of signage so we had to depend almost entirely on google maps.

The site was first reported by Karl Ruppert and John Dennison in the thirties, thought it was not until the late 70s that excavations first began. Archaeologists suggest that the site reached its height fairly late in the the VI century, well into the late classical/early post classic. Its most striking feature is the monster of the earth facade which is flanked by rounded towers and stairways. Although this region is ofcourse well known for such features, it is interesting and impressive to see such a mask mounted a top such a large platform. There are another five large scale structures at the site thought for they still lay underneath fairly thick vegetation. There is also evidence of restored habitational structures which at least in 2018 seemed be in fairly good shape. Let me know if have visited the site recently and/or if you have any further information about it. Cheers! 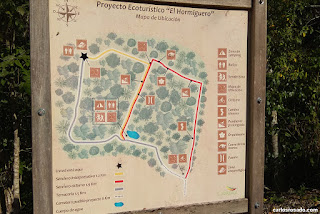 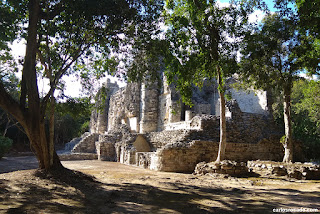 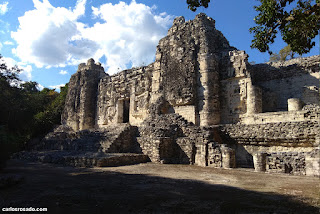 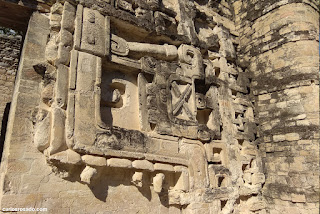 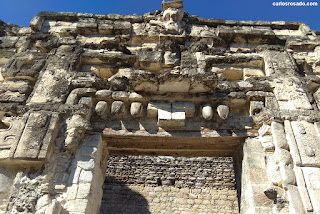 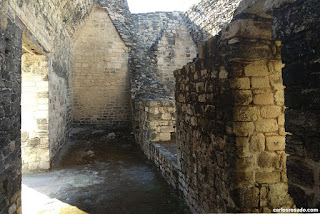 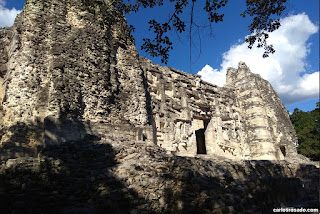 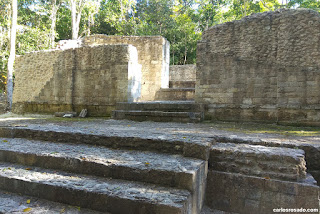 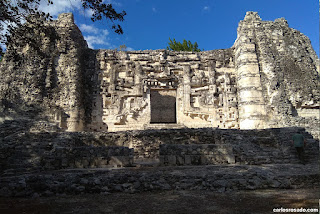 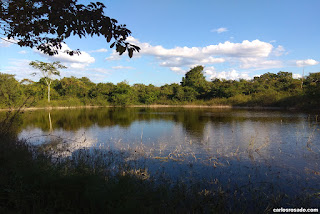