Heaven knows how many weeks in to this pandemic, yesterday I found myself today going through my photos from last year and realized that I haven't blogged about a bunch of archaeological sites I have visited recently. Since the “I have no time” argument seems fairly weak at this point, I thought I would start up again.

About a year or so ago my father and I made our way to Santa Rosa Xtampak. We had been wanting to visit the site for some time but knew that the access to the site was fairly difficult. we were not wrong! A quick search on google maps informed us that the trip each way would take just over 3 hours, but it turns out that was quite optimistic (as google maps often is). Located to the west of Bolonchen and Hopelchen, the road to Santa Rosa Xtampak is not much more than a 30 some kilometer dirt road through corn and squash plantations. Another thing you will notice in the region is the presence of several fairly large Mennonite farms.There are a few small communities just off the detour road to Santa Rosa, but there are no services to be had. This region is known as the "chenes" both because the names of most of the towns in the region end in "chen" and because of the Mayan architectural style of the same name which is characteristic of pre-hispanic cities in the area.

It is widely believed that Santa Rosa Xtampak was likely the Mayan capital of the Chenes region. The site features a series of interconnected plazas and patios, ballcourts, a sacbe and several multi level structures. area of the Chenes region covers approximately 2500 km2, and the city of Santa Rosa Xtampak had an area of about 30 km 2. Though the city was established in the pre classical period sometime in the 3rd century BCE, its population seems to have reached its zenith between the 5th and 8th centuries CE. This period also witness the cities last large scale construction boom and the forging of political and military ties with the city of Uxmal. One of the most recognizable structures of the city is simply known as "El Palacio". It is likely that this structure had multiple purposes such as ceremonial and residential areas. The structure boasts three floors and 46 rooms which are interconnected by a series of passageways and stairs. Another interesting feature of the site is its “monster of the earth” facade, although its state of preservation is rather poor when compared to those found at sites such as Chicana or Hormiguero.

If you are interested in visiting the site I would recommend to bring along plenty of water and make sure you fill up the tank before departing from Merida or Campeche. Another good option would be to visit the site after having spent the night in the area surrounding Uxmal. Another recommendation is to avoid visiting during the rainy season as the already very fragile road is easily flooded! 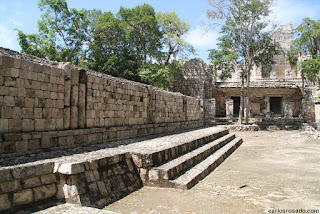 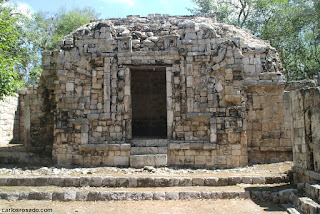 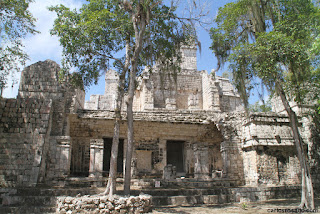 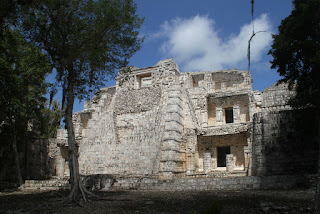 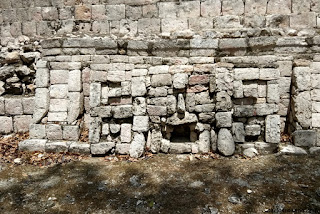 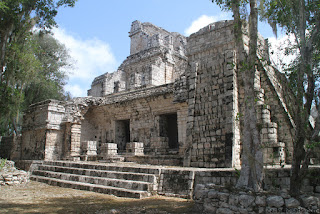 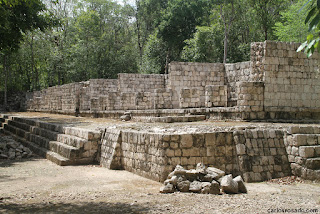 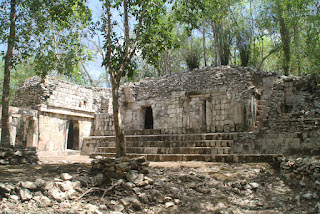 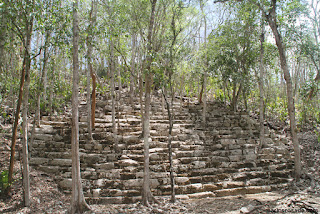 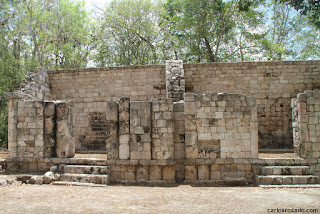 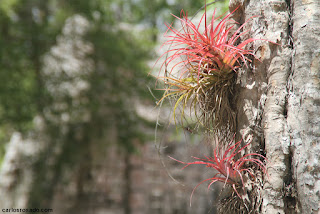